Malvern (Worcestershire, England) is my home town, I grew up here and have now returned, after over 30 years living in London and then Horsham. Events in Worcester, Cheltenham, Hereford and Birmingham, and superb venues like Bilston Robin 2, are all easily reachable from here.

I have included a page of photos of flowers and plants in my garden here in Malvern in 2013. 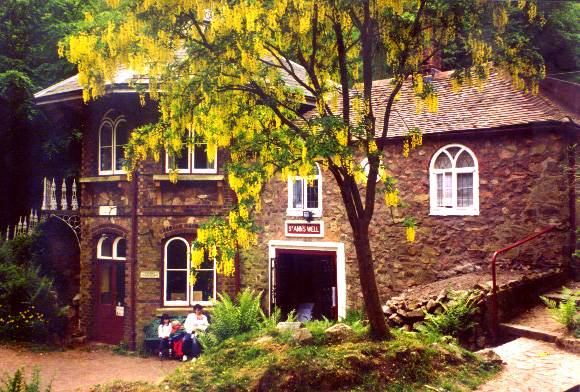 The coolest café in town is St Ann's Well (right) - and not just because it's run by good friends of mine! You will find this a short walk up the hills, directly above Great Malvern town centre. From Belle Vue Terrace, you can either head up the 99 steps or take the gentler and more scenic climb through the Rose Bank Gardens. At the top, turn right for a few yards, cross over the road and follow the signed pathway up the hill. You can either take the metalled way or zig-zag up the adjoining footpath if, like me, you prefer the easier climb. It's open daily from Easter to September, weekends only in the winter. The highlight of a marvellously extensive selection is their cakes, and I can definitely recommend the sticky toffee pudding, served hot with syrup and cream. But don't ask for it 'à la Luttrell' unless you like the idea of a Mars bar in the mix too! :)

I often call in at Cafe in the Green for a late brunch before doing my shopping on Saturdays or weekdays if I'm on leave. Great locally-produced food, and very handy for the good range of shops in Barnards Green. 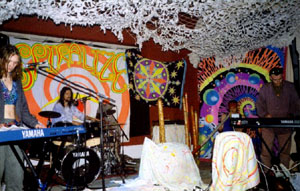 I took several sets of photos of Spiralize (right), whose colourful performances combined flowing energy with wonderfully sesnuous singing and playing. A great friendly bunch too! They're, sadly, no more, so I keep the pages as a tribute and so others can enjoy seeing how they were.

I also ran the official website of erstwhile Malvern band Headhunters, an incredible dance sound on authentic instruments. Includes photos of a great night headlining the Avalon stage at Glasters! Related band Suns of Arqa also have many connections with Malvern.

It has been a privilege to have taken photos of a handful of Malvern gigs: 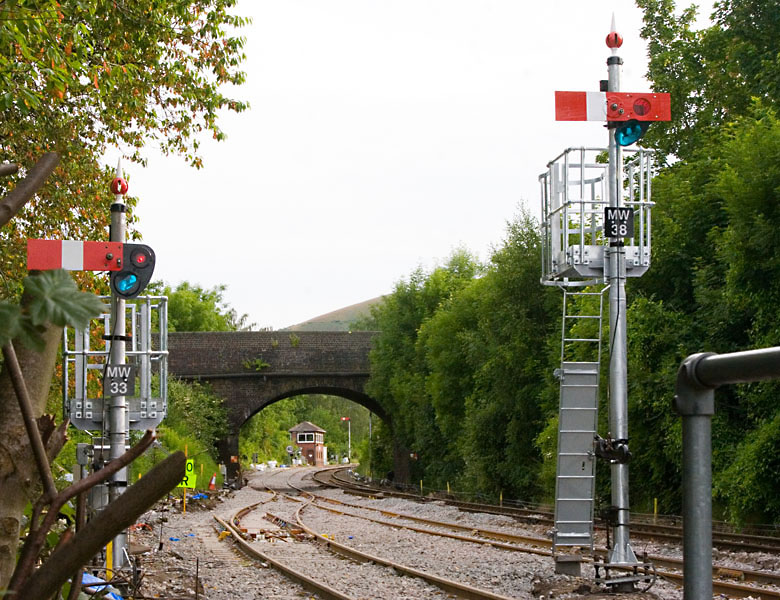 I have included a page of Malvern Wells signal photos in the Railway Signalling section of this site.

My grandfather was the stationmaster at Malvern Wells for a number of years including the whole of World War II. The station there closed in the Beeching rationalisation of the 1960s, as the other two stations at Malvern Link and Great Malvern are better placed to serve most of the town. But the signal box still remains at Malvern Wells because this is where the double-track line from Worcester singles before going through the Colwall and Ledbury tunnels.

The railway line runs alongside the Wells Common on its approach to Malvern Wells from Great Malvern. This is another very pleasant place to go for an afternoon or evening stroll, though the side of the railway line is now pretty overgrown compared to how it was when I was a kid.

Nearby Worcester now has one of the best remaining collections of lower-quadrant signals too.